In my work, I come across a lot of pathos and suffering. People endure incredible pain, surviving only because of love from families and friends. My experience is that most people are flawed human beings, just trying their best.

After being in this business for a while, I have come to realise that there is a small minority of people who repeatedly make it very hard for the rest of us. There is much pain in the world, and most of it is perpetrated by the same 10% of humanity. If you come into the crosshairs of one of that 10 %, if they peg you as a “Target of Blame”, they set about to destroy you. They will lie, maliciously gossip, undermine you and even physically attack you.

I mostly see the fallout from these wars. The broken ex-wife who left an abusive narcissist, only to discover that the amount of malicious rage, the insults and abuse, in the years following the divorce, was neverending and extreme. The boyfriend who was confused and hurt by the vengeful and violent behaviour from the love of his life, who has borderline personality disorder. The mother who is afraid of what her psychopathic son is capable of doing. The sister who finds herself completely depleted by her histrionic sibling who is capable of creating drama out of nothing. The neighbour involved in a baffling and expensive litigious feud with his paranoid neighbour, the original grievance long forgotten.

Whilst they have key differing features and slightly different ways of best managing them, it is possible to spot people who will ruin your life and avoid getting caught in their sights. I actually think that this knowledge should be taught as a matric subject, for all the pain and suffering it could avoid!

One of the key features of personality disorders is that once you understand what the dynamic at play is, then they are very predictable. A healthy personality style would tend to hit his head against a brick wall once, twice, maybe three times but then start to learn and adjust. He would start to look for other ways around or over the wall. As such, healthy personalities are not too predictable, their reactions would very often depend on the situation.

Nothing is ever their fault or responsibility. Everything that is wrong in the world or their life is someone else’s fault. Because they tend to narrow in on one person, that person becomes the “Target of Blame”, and they will stop at nothing to humiliate, control and destroy their target.

If you are in conversation with someone who rants on and on about the evils of their ex, or the incompetence of a specific subordinate – take note.

Everything is black or white; there is no space for greys. It’s not a situation where they don’t like somebody but can acknowledge their strengths. Any negotiation is “my way or the highway”; you are either with them or against them. You can imagine how polarising this would be in the workplace. A team can get split into good vs bad in no time. If you are “bad” for a superior with all or nothing thinking, you will never be able to do anything right, no matter how hard you try. I have seen so many victims of this dynamic: burnt out by working 16 hour days for months, with no self-confidence because they were constantly berated.

Yelling, storming out, fits of tears. We have all been vulnerable and end up being overwhelmed by our emotions. But mostly, by the time we finish grade school, we have strategies in place to manage emotions on a day to day basis.

We might see someone who is shockingly rude to the waiter, or who kicks the dog. These behaviours are usually not isolated events. They are the tip of the iceberg.

Your psyche-senses tingling, you now realise that someone in your orbit is a high conflict personality disordered individual. We all have to deal with them from time to time; we can’t always avoid it. But we can certainly do our darndest not to become their target. Because if you go to war with such an individual, you will lose. It does not matter what is fair, or what is right. You will suffer. Simply put, if you are just a normal kind of person, then you don’t stand a chance.

The people closest to them are the ones most at risk for becoming the target. Don’t strive to become the powerful but narcissistic CEO’s favourite protege. Don’t marry the charming but psychopathic businessman. Keep it friendly, professional, distant.

It takes a bit of maturity. When we are young, we tend to get caught up in what is right or fair. Sometimes these personalities take such an outrageous position that you might feel compelled to take them on about it. Carefully examine your motivations for doing this. It’s not as if you are going to change their minds, or make them see reason. It might be far more prudent to de-escalate the situation by going “oh, ok. I suppose you could view it that way” and then leave.

For heaven’s sake, don’t tell them that they are personality disordered! That would be escalating, not de-escalating. It is possible to keep your (and their) dignity and not to engage in conflict. You just have to be aware with what you are dealing. Continue reading this series:
Help! My daughter (or son) has borderline personality disorder 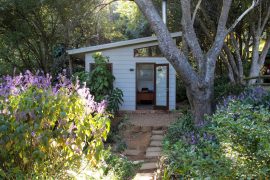 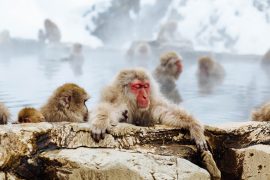 Does Fortnite cause ADHD?
Multivitamins: To have or not to have
Navigate